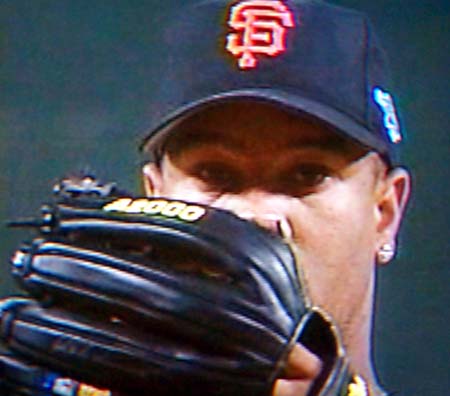 Livan Hernandez is the starting pitcher for the Giants. 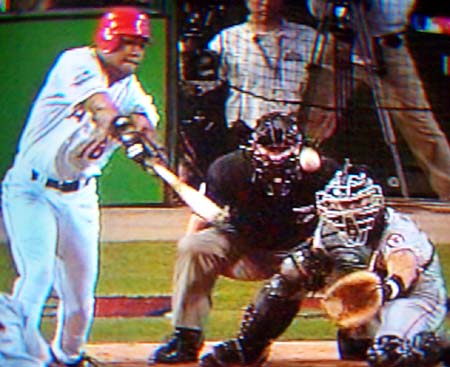 Anderson lines to center for a catch by Lofton who doubles up Eckstein at 2nd, ending the bottom of the 1st inning. 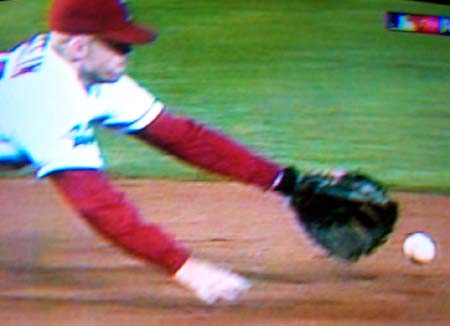 Eckstein misses a ball up hit up the middle by Santiago in the top of the second, for the first hit of the game. 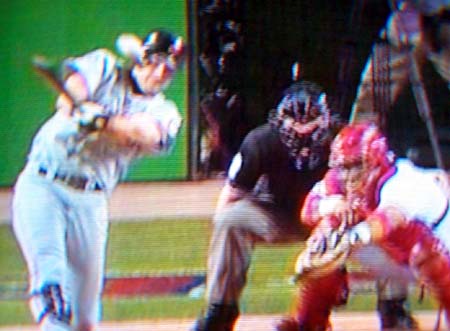 Snow hits a ball which drops into left-center for a single, moving Santiago to third, with one out. 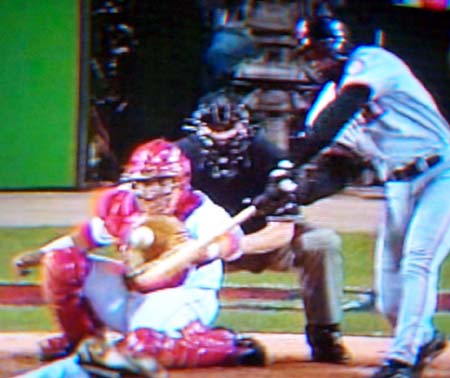 Reggie Sanders sac-fly scores Santiago from third, to put the first run of the game on the board in the top of the 2nd.

Molina hits a ball to deep left which drops in for a double, scoring Spiezio from first, tying the game 1-1 in the bottom of the 2nd. The score would remain tied through the end of the 2nd. 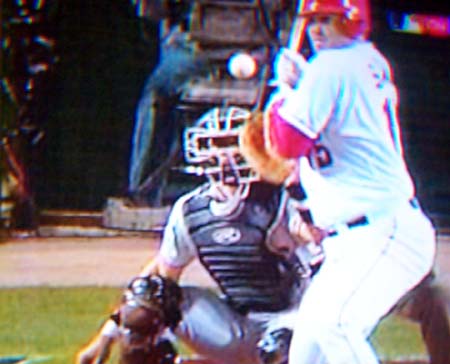 Salmon gets hit on the hand by Livan Hernandez to load the bases with nobody out in the bottom of the third, starting up the Giants’ bullpen. 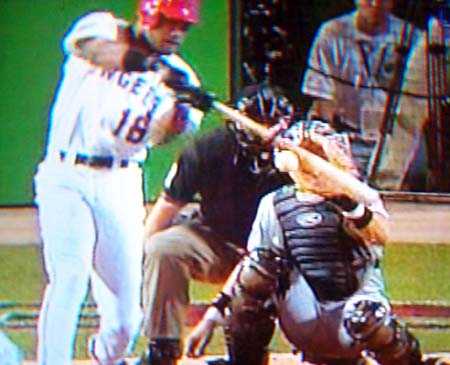 Anderson hits a three-run double down the line to right, taking the game to 4-1 Angels in the bottom of the 3rd.

Santiago blocks Anderson and tags him out at the plate for two outs in the bottom of the third. Molina would be forced out at first to end the inning. 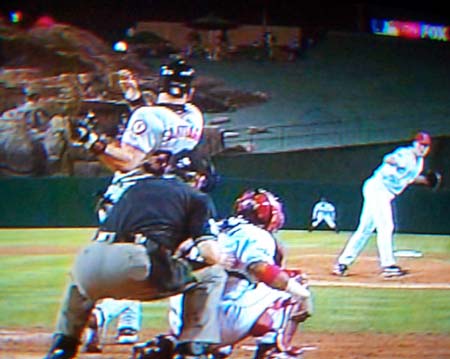 Santiago hits a single into left-center after a walk to Bonds puts men on firts and second with one out in the top of the 4th. 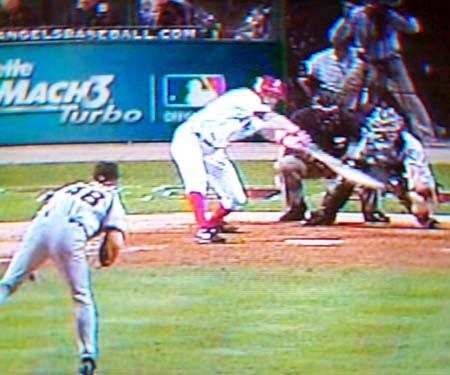 Rueter strikes out Erstad to end the bottom of the 4th inning. Still 4-1 Angels.

Kirk Rueter, who came into the game pitching for the Giants in the bottom of the 4th allows no runs through the 4th and 5th innings. 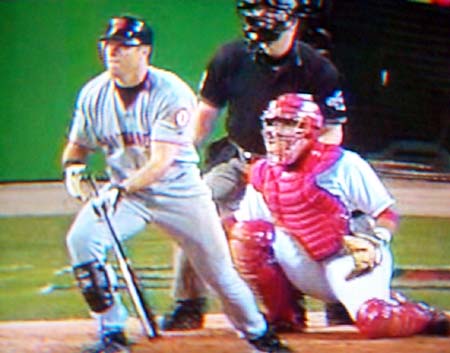 JT Snow hits a double down the line to right in the top of the sixth, moving Santiago to third after a walk, but both would be stranded on base. 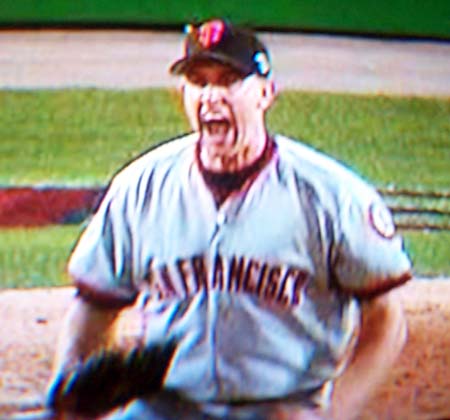 Rueter after Jeff Kent makes a diving catch on a line drive to the left of second base to end the bottom of the 6th inning. 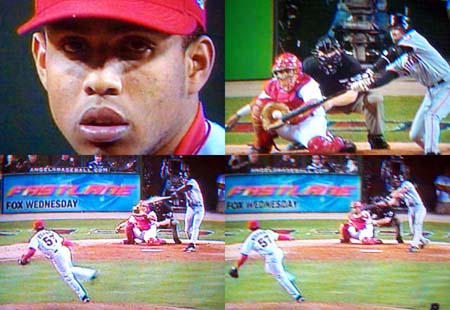 Fernando Rodriguez strikes out Aurilia, Kent and Santiago, with a walk to Bonds after striking out Kent. Still 4-1 Anaheim after the top of the 8th. 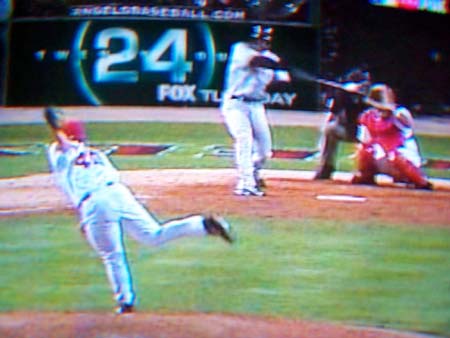 Kenny Lofton swings at the first pitch from Troy Percival with two on and two out in the top of the ninth inning. Lofton represents the tying run. He pops out to center to end the game. Angels win Game 7 4-1, and take the 2002 World Series Pennant in seven games.